It is with great sadness we report the passing of Brother Stephen Miller, GLR from the Eastern Territory. Brother Steve Miller started his career with District Lodge 98 our District Lodge Organizer in 1989. Brother Miller became a Special Representative with the Eastern Territory on September 1, 1991.  Prior to joining District 98 he worked for Fuller Company in Manheim, Pa and was a member of Local Lodge 1778.

Please keep Steve and his entire family in your thoughts and prayers.

The arrangements are as follows:

Messages of condolences sent to:

Sister Nancy Stough-Miller, Local Lodge 175 retiree, was honored by District 98 for her service to the union and the community. 2011 Social Booklet

District Lodge 98 Retirees Action Group along with – UAW Local 1872 Retirees, York Adams County Central Labor Council, and Pennsylvania Alliance of Retired Americans organized a birthday rally in front of US Congressman Todd Platts 19th Congressional District office, to celebrate the 76 anniversary of Social Security. There were about twenty-five (25) demonstrators from all the above mentioned unions plus retirees/members from the United Steel Workers, AFSCME, Teamsters. and CWA.

They sent the message do not cut Social Security and Medicare benefits for today’s retirees or for our future generations. Do NOT Privatize Social Security! We had a birthday cake which was shared with the demonstrators and congressman’s Platts’ staff.

District Lodge 98 President Herman Hawkins passed away on Thursday, March 17, 2011. Brother Hawkins has been District 98 President for several years, and was just reelected to another four (4) year term. He was also the current president of his Local Lodge 243, a position he held for many years. President Hawkins’ has served as a delegate to the Pennsylvania State Council of Machinists, Machinists Union Grand Lodge Conventions, District Lodge 98 delegate for over 40 years, Delegate to the York Adams County Central Labor Council, AFL-CIO. President Hawkins served as a judge for the York-Adams County Central Labor Council Labor Day Parade. He also served his church and the community in numerous capacities over the years.

Brother Hawkins will be sadly missed by the Labor Movement. 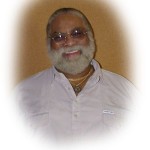 The Officers, Staff, Delegates and members of District Lodge 98 send our condolences to Brother Hawkins family and friends.