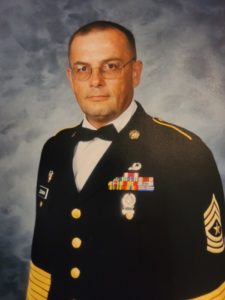 District 98 Mourns the loss of another great Labor Leader District 98 Mourns the loss of another great Labor Leaderpassed away unexpectedly last week at the age of 64. Harry was a long- time District 98 Delegate and was a former Vice-President at District 98. At L.L. 2348 Harry was involved as President, Vice-president and as a Chairmen of the negotiating and grievance committee for over 30 years. Harry was also highly involved in the military obtaining the rank of Command Sergeant Major while serving in Viet Nam, Honduras, and during the Global War on Terrorism in the Philippines, Iraq, Kuwait, and Afghanistan. Harry’s involvement in his Union and in the Military helped improve the lives of countless families. Harry leaves behind his wife Cathy, three children and five Grandchildren.

Harry will be missed.